Import of Russian timber to be discontinued – Where to find an alternative source of wood raw material?

The global political situation changed abruptly on 24 February 2022 when Russia invaded Ukraine. As a result of the invasion, the sanctions imposed on Russia by the West and Russia’s countermeasures have led to a situation where the forest industry’s import of timber from Russia will be discontinued.

Russia’s countermeasures in response to Western sanctions initially limited foreign exchange trading, foreign loans and the related payments, the operating capacity of foreign companies and the import and export of products and raw materials.  Restrictions targeting the forest industry and timber import, in particular, were introduced by Russia at the beginning of March as it banned the export of coniferous and deciduous wood chips and shavings, round timber and plywood veneer to “unfriendly countries” by the end of this year. Together with Russia’s previous decision to restrict the export of coniferous round wood and high-value deciduous wood as well as to reduce the number of border crossings used to export roundwood, these restrictions are the last step in finally discontinuing the forest industry’s import of timber from Russia. In addition to Finland, “unfriendly countries” include all the other EU Member States, the United States, the UK, Ukraine and a group of other countries.

However, most of Finland’s forest industry companies had already announced their decision to abandon timber imports from Russia and withdraw their operations from the country before the export ban entered into force. In addition, the international certification organisations PEFC and FSC had already either classified Russian and Belarusian wood and wood-based products as conflict timber and banned their reception for a prescribed time or decided to suspend the certifications entitling operators to wood material trade in Russia and Belarus as well as prohibited the procurement of controlled wood from these countries until the end of the military action targeting Ukraine.

In 2021, Finland imported 9.3 million m3 of wood as raw material from Russia, amounting to about 10% of the entire raw material use of Finland’s forest industry. The most important timber assortments were birch pulpwood and coniferous wood chips, which constituted 75% of all timber imports. In January and February of this year, the indicative import from Russia amounted to about 770,000 m3.

It is now important to find an alternative source for the deficit in import volume, particularly birch pulpwood. Forest companies are already exploring the options of domestic first thinnings and surrounding countries. Now would be an opportune time for forest owners to carry out their first thinnings and support the growth prospects of young forests into future log stands. The export ban is likely to have a negative impact on ordinary Russians living in the northwest parts of the country, local forest industry companies and timber exporters whose economy has thus far been supported by timber export. Russia’s goal of enhancing the forest industry’s degree of processing with the support of Western investments has probably also suffered a heavy blow with long-term effects. 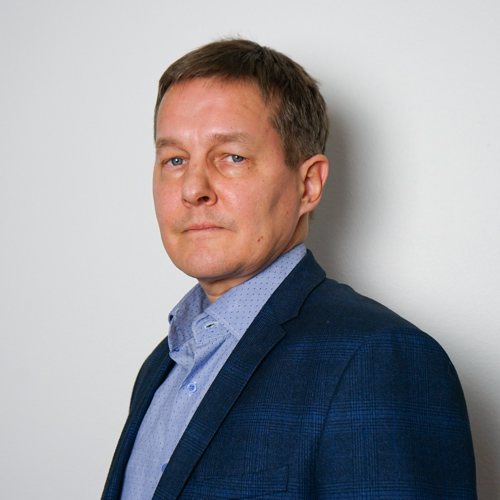 More about the topic
Statistic 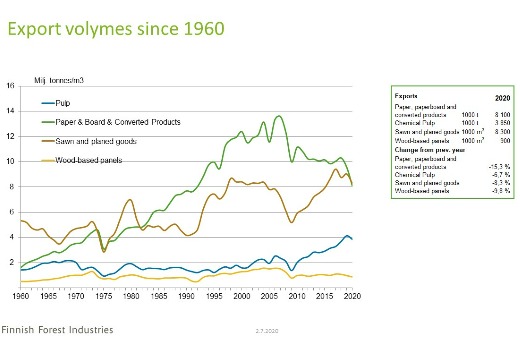 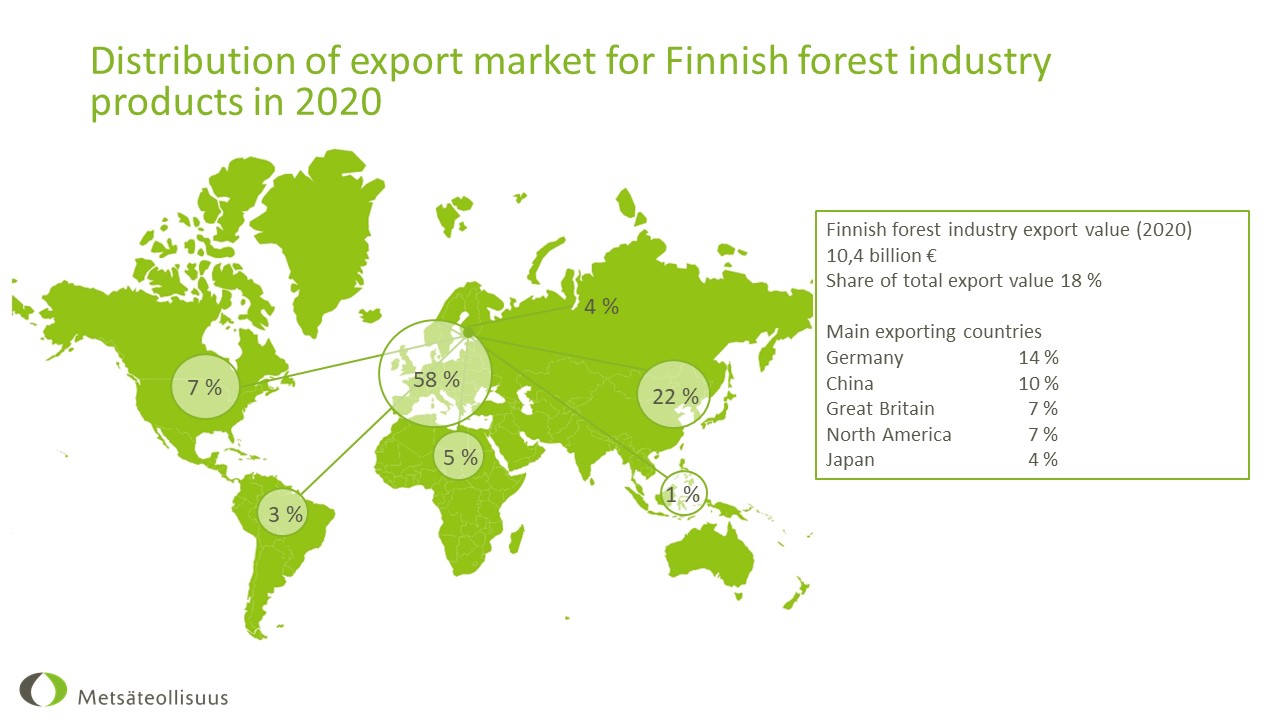 Distribution of export market for Finnish forest industry products in 2020.